Officer Brad Fox was a Warminster native who served our country proudly in the United States Marine Corps before becoming a member of the Plymouth Township Police Department. While responding to a call on the evening of Thursday, September 13, 2012, K9 Officer Brad Fox of the Plymouth Township Police Department was tragically killed in the line of duty. It was the eve of his 35th birthday. Brad was the beloved husband of Lynsay, the loving father of Kadence. When Brad was killed his wife Lynsay was pregnant with their second child. Brad Jr. was born March of 2013.

To honor this local hero, the portion of Route 263 (York Rd.) in Warminster between Route 132 (Street Rd.) and Bristol Rd. was renamed the Officer Bradley M. Fox Memorial Highway on the second anniversary of his death. The Officer Brad Fox 5K Foundation has raised money in Brad’s honor since the first 5K in April 2013, first to support Brad’s family and now for the Brad Fox Scholarship Fund. The 4th Annual Officer Brad Fox 5K Run/ 1K Walk will take place on the stretch of York Road named in Brad’s honor.

Steam is proud to support the Officer Brad Fox 5K Foundation for the fourth year and to present the Brad Fox 5K Menu for the second year. With a special menu from Chef Brendan Gillespie, a portion of the proceeds go directly to the Brad Fox Memorial 5k Foundation. 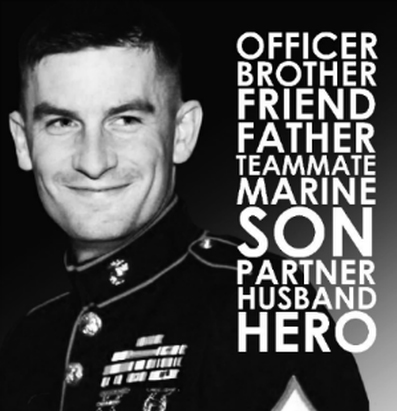 PROCEEDS WILL BE DONATED TO THE OFFICER BRAD FOX FOUNDATION

Consuming raw or undercooked meats, poultry, seafood, shellfish or eggs may increase your risk of foodborne illness, especially if you have certain medical conditions.